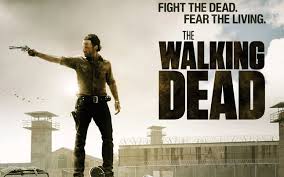 I started watching the Walking Dead back in December. I had heard about it but honestly follow like three shows since I’m always so busy with work and school. There are a lot of fans at my work though and they kept saying how amazing it was and nicknamed me Maggie. Finally they said I had to watch at least 3 episodes before work the next day, I agreed to one.

I went home and started the first episode, 4 episodes later I looked at the clock. It was after 3 am and I had to be at work at 7:30. I was hooked. I was quizzed the next day before my friend would even let me walk in the door. I then finish Seasons 1, 2 and up to the mid-season finale of 3 in 4 days… I’m pretty sure I averaged 3 hours of sleep each night. I couldn’t help it, I was really enjoying watching these characters overcome so many obstacles in a post apocalyptic world. When I was finished, I had to wait a month for the mid-season premiere, and it was worth it.

You should definitely check the show out if you haven’t. You will love some characters, hate some, and wonder how some of them have managed to survive so long. And, they are not Zombies, they are called Walkers, some call them Biters, but never once have they been called Zombies in the show. 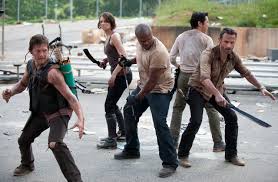 Fair warning: If you have never seen the show, future Walking Dead Wednesdays may hold spoilers. I wouldn’t want to ruin it for anyone interested, so keep that in mind. Seasons 1 and 2 are on Netflix so grab some friends and check it out, you might find yourselves as caught up as I was and one more episode will turn into 3.

All images and characters depicted are copyright of their respected owners.