Fangirls, as you know, we just got back from ConnectiCon this weekend. One of my favorite things is meeting independent creators at conventions. ConnectiCon is great for this; I’ve met so many lovely folks these two years. This year I met some dudes by the names of Collin Lawler and Joseph Grabowski. They made this comic.

This is the first comic in a series that they have kickstarted (funded yesterday!) into a big graphic novel. They only had the first couple of chapters available, so that’s what I got. And let me tell you, Fangirls, I am itching for more.

The story follows two boys, Will and Kenny, who leave the city to visit their grandmother’s house. They’re kind of young, and bicker until their mother stops them. At Grandma Nani’s, they eat, and their mother goes home. Kenny and Nani briefly talk about spirits, but after that, it’s bedtime.

In the middle of the night, Will wakes up and realizes Kenny is gone. He and Nani rush to him, but Nani breaks her ankle on the stairs and can’t get to him. She sends Will to protect Kenny, but it is already too late; he is on the ground with empty eyes. So Will rushes into the forest chasing the Dark Spirits. He is soon caught and quieted (because he sees some and is freaking out) by a young woman named Norah.

The two of them head back to Nani and Kenny in the grass. Norah brings Kenny inside and Will is told a small amount by Nani. The book ends with him being told that he is going to leave.

It’s a great cliffhanger, and I’m mad that the next chapters aren’t available yet. I really enjoyed this, Fangirls, and want to read more. I tend to have an issue with black and white books (my mind thinks of them more like coloring books, not comics), I really enjoyed this one. I know that the whole book would be more spooky if they had colored it, but the absence of color works very well for it. And the art style, hot damn. Just, dang.

This comic is intended for younger readers, so it’s just a small dose of spooky. I originally bought it for one of my neighbors, but am greedy and keeping it for myself. I also am not sure if she would understand why the rest of the story isn’t there. 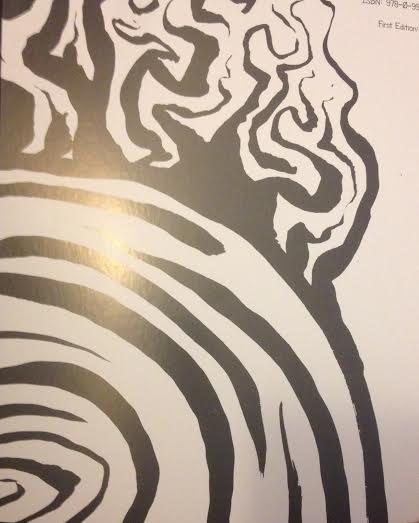