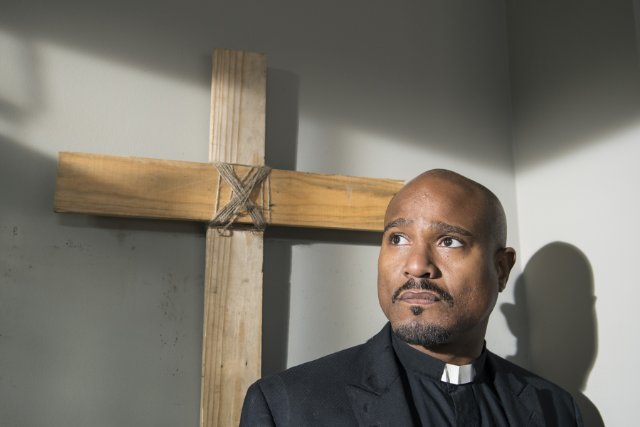 Father Gabriel, goes through some existential crisis in this episode and kind of betrays the group big time when he approaches Deanna later in the episode and tells her that the group is evil. But, Maggie overheard him so, the betrayal will not be a surprise. It was comforting to see Deanna kind of look at Gabriel like he had lost it and basically shoo him out the door.Noah meets with Deanna’s husband Reg in the early morning who agrees to teach him how to be an architect and gives him a journal to record his experiences. Reg leaves a special message for Noah, “This is the beginning.”

Rick makes his rounds in the town and passes Jessie’s house and notices her working on one of Tension between Rick and Pete, Jessie’s husband are growing as Rick tries to find out who destroyed her owl statue and Pete very subliminally tells Rick to back off. 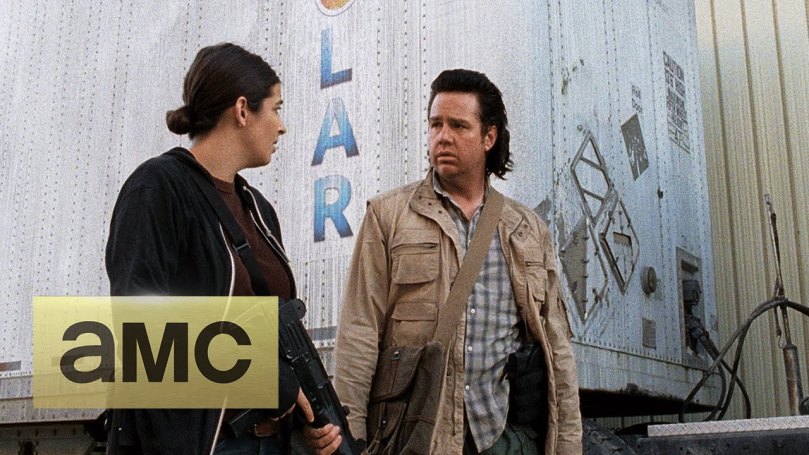 Glenn, Noah, Tara, Eugene, Aiden, and Nicholas head out to a warehouse to scavenge parts to repair Alexandria’s solar power system which is on the fritz. Aiden apparently likes dubstep because he is blasting it in the van which seems like a really bad idea when you’re trying to not attract walkers. Everyone knows walkers love dubstep. Eugene is really doesn’t want to go, reminding everyone that he is a coward but, he is needed to get the right parts.

As the group approaches the warehouse, they find that the front area of the warehouse is infested with walkers, but, a cage blocks the walkers from entering the warehouse itself. As the group enters the warehouse, they encounter a reanimated police officer wearing heavy armor. Aiden fires his gun at the walker several times, and despite Glenn’s warnings, Aiden accidentally hits one of its grenades and causing an explosion. Tara is wounded badly with a head injury and Aiden is apparently dead when they see him impaled on some metal. The explosion also weakens the cage, allowing the walkers to enter the warehouse. Everyone falls back to a small office, only to discover Aiden is still alive when he regains consciousness. Glenn, Noah, and Nicholas go to save him and Eugene stays with Tara.

Eugene finally finds his balls, carrying Tara out of the warehouse and killing a pair of walkers on the way. I shed a proud tear for our pudgy, mulleted coward! Aiden proves more difficult then they thought to try and get him off of the metal. With the walkers closing in, Nicholas panics and flees, which seems to be the general Alexandria way to do things. This forces Glenn and Noah to abandon Aiden, when they are not able to get him off by themselves. Aiden admits, before he is eaten alive that the deaths of four people on his previous team were his fault because he panicked. He still sucked hardcore but it was nice to see him try to redeem himself. 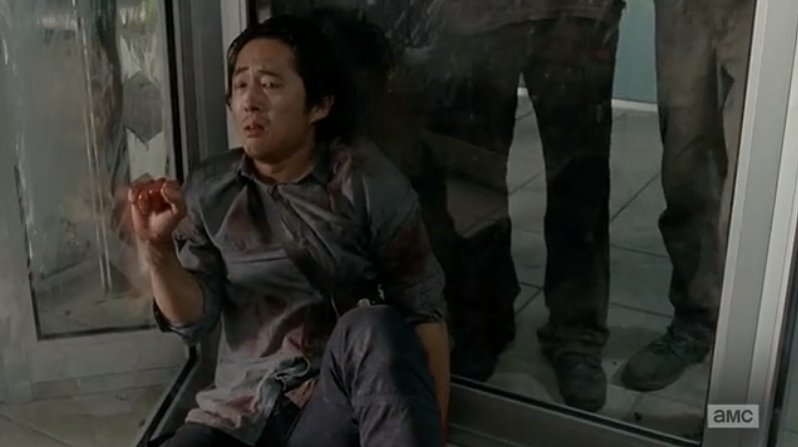 Glenn, Noah, and Nicholas are forced to take shelter inside a revolving door but are trapped by walkers on both sides.So, no matter what way they go, someone is going to be exposed to the walkers and have to fight. Eugene shows up in the van blasting the music to lure away the walkers that are outside at least. In true Alexandiran cowardice, Nicholas pushes his way out of teh revolving door, leaving Glenn and Noah to the walkers. Noah is grabbed and gets time to tell Glenn “don’t let go” just before he is pulled out into the horde. I am confident that he meant it more in the Titanic sense that he wants Glenn to not let go of himself or the will to live, don’t let got of things like that. I think it was pretty obvious that he and Glenn both knew there was no saving him once they grabbed hold of Noah. Noah received the most brutal death of the group so far as we watched him just inches from Glenn through the glass getting gruesomely torn to pieces.

Nicholas goes to the van and tells Eugene that they have to leave immediately, leaving the others behind. When Eugene refuses and actually tries to pull a gun on him but gets quickly pushed to the ground. Glenn arrives and knocks Nicholas the fuck out and asks Eugene to help him get Nicholas into the van. Eugene asks where Noah is but is answered only with a look from Glenn that says it all.

Back in Alexandria, Abraham is part of a work crew building a new section of wall to expand Alexandria’s borders. The construction site is attacked by a different horde of walkers and in trying to take them down, one of the workers accidentally shoots a tube that makes an excavator dump the lookout to the ground. The Alexandrians freeze and Abraham then rushes in alone, saving the stranded worker and killing many walkers and coining a new phrase “motherdick!!” This inspires the  rest of the work crew to fight back and help him, downing the rest of the horde. Abraham assumes control of the work crew and tells them to get back to work while keeping a more vigilant eye out for walkers.

Later, Tobin, the foreman, resigns his position, admitting to Deanna, Reg, and Maggie that Abraham is a better leader than he is. Deanna agrees to promote Abraham but privately tells Maggie that she is worried that people will see Rick’s group quickly filling up positions of power with Rick and Michonne as constables, Daryl as a recruiter(who already fixed the motorcycle!), and Abraham now the construction foreman. Maggie counters by pointing out that Alexandria needs Rick and the group if it wants to survive because they have been out there and know what they are up against. After this is when Father Gabriel shows up and has that conversation with Deanna and unknown to both of them, Maggie heard them.

Carol is visited several times by Jessie’s son Sam, who keeps asking for more cookies. Carol tries to turn him away coldly but then has him steal her two bars of chocolate and agrees to make them for him. Sam asks Carol why she stole the guns, and Carol replies that she needs them in case she needs to protect herself. Sam then asks Carol if he can have one of her guns and admits he knows who broke Jessie’s statue, but runs off when Carol asks him why he needs the gun. This makes sense when Carol goes to Jessie’s home to tries to talk to Sam or Jessie but, Pete coldly turns her away, arousing her suspicion. Later, when Rick returns home, Carol tells him she thinks that Pete is abusing Jessie and maybe Sam, and that the only way to stop it is to kill Pete. This hits home for Carol, and she knows how Rick is getting close with Jessie, so Pete needs to go.

2 episodes remain and we can start to see where the season finale is beginning to plant seeds!

All characters and images are copyright of their original owners.