Fangirls, as you may or may not recall, I reviewed a show called Sense8. You can see the review here. Basically, even though it had some flaws, it’s also incredible for several reasons. It has amazing representation and it has a super stressful but super beautiful plot. It takes the knowledge somewhere out there people have the same birthday to the milisecond, and it expands it, connecting those people mentally and physically and emotionally. They are called clusters but more importantly most clusters become a family. The show follows the newest cluster as they discover this new world and run from danger. And this year, they gave us a two hour Christmas special. 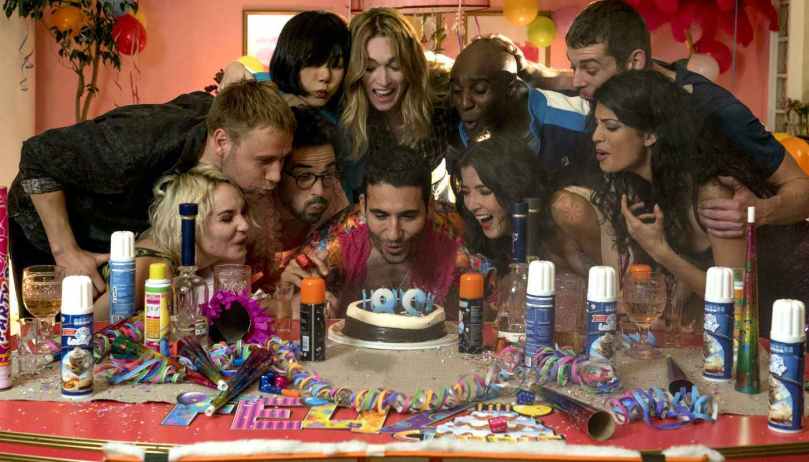 There will be spoilers after the break.

Spoiler alert: season 1 ended with one of the cluster being infested by a Hunter, a person who was once a part of a cluster and now hunts down other clusters to destroy them. The special picks up right where the show ended, with the dangers and darkness surrounding all of our characters. The special shows three different celebrations – the birthdays of the Sense8’s, Christmas, and New Years. To go into all eight plots would take quite a while. Let’s just say they each have their own personal demons along with the outside dangers coming for them.

This special was powerful. It had beautiful moments such as the birthday celebration (which I wish had lasted the whole episode because it was so happy and these people deserve happiness) and it had the emotional hits. Take Will, the one the Hunter has infested. He has to stay away from everyone he cares about. He stays with Riley, one of the cluster and the woman he loves, because she has to physically help him fight the Hunter while he does it mentally. This poor man has sacrificed everyone to save them all, and one slip up could cost him everything.

Or take possibly the most powerful scene in the whole special – the word scene. Lito, one of the cluster, is forced to reveal himself to the world as a gay man. And he accepts this change, thinking he’ll finally be happy. But as he and his partner return home one night, their home has been vandalized and the word “faggot” is spray painted on the side. Each Sense8 can feel his anger and comes into him, but they each see a word that they hate but that has been used to describe them. The scene is powerful and emotional and you see each character express themselves in a raw way.

The special was possibly the best episode so far. It was fun, it was painful, it was stressful. It was incredible. If somehow you haven’t seen this series yet, you must watch it all to lead up to the new special and the upcoming new season.

One thought on “A Sense8 Christmas”