I live near Albany NY, and we just got a new area in one of our malls called 5Wits. I’d never heard of it before, but when they advertise things called “Drago’s Castle,” “Deep Space,” and “Tomb,” I knew it had to be interesting. And I was not wrong.

5Wits is a set of puzzle rooms, each with their own themes. The company has 5 themes right now, but my area only has three of them. Recently, I did two of the three, “Deep Space” and “Tomb”. Each area has three rooms with different sets of puzzles in each room. Usually it’s about two or three puzzles per room, and those puzzles repeat for however long they’re set to. And if you fail, there’s consequences.

Each theme has a narrator who describes what to do in the puzzle, and sometimes those descriptions are vague. If you can’t figure out a puzzle, it’ll eventually push you through to the next area, but you’ll lose points.

Deep Space was pretty awesome as a life long Star Trek and Star Wars fan. You get teleported to a ship long thought dead that is now sending out a distress signal. You and your team must figure out what’s happening on the ship and how to get it to safety, if you can.

Some of these puzzles were kind of complicated. But to be on a space ship, feeling like I was piloting the Enterprise, not much can beat that.

In the newly discovered tomb, the spirit of a long missing Pharaoh asks for your help. But first you have to prove your worth in a series of tests.

So, somehow I became the leader for this particular area. Ancient Egypt is kind of one of my favorite subjects ever, so this theme was a dream come true to me. I guess it’s not totally weird for me to be the leader then, but it still feels weird to me. What feels awesome though is we got the highest score possible on Tomb! 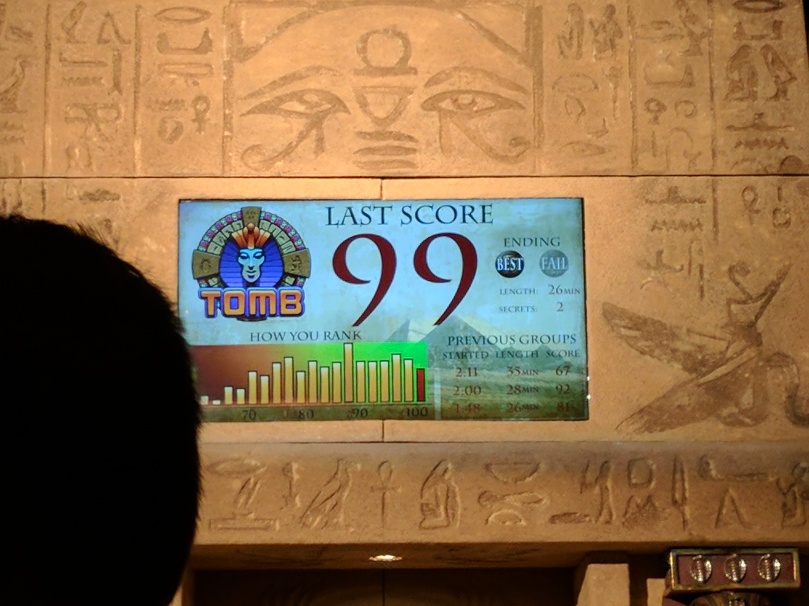 Currently 5Wits is in four locations – three in NY and one in MA. You can see the specifics here. If you find yourself near the areas with nothing to do, I highly recommend finding some friends, or making some new friends in the line, and exploring 5Wits.

All images depicted are copyright of their respective owners.