Friends and fangirls, since I have been away on vacation, this update has been pushed back a bit. As much as I love writing, the last thing I wanted to do last Sunday night was sit down to write. So we’re a week later. But on the plus side, that means more progress! 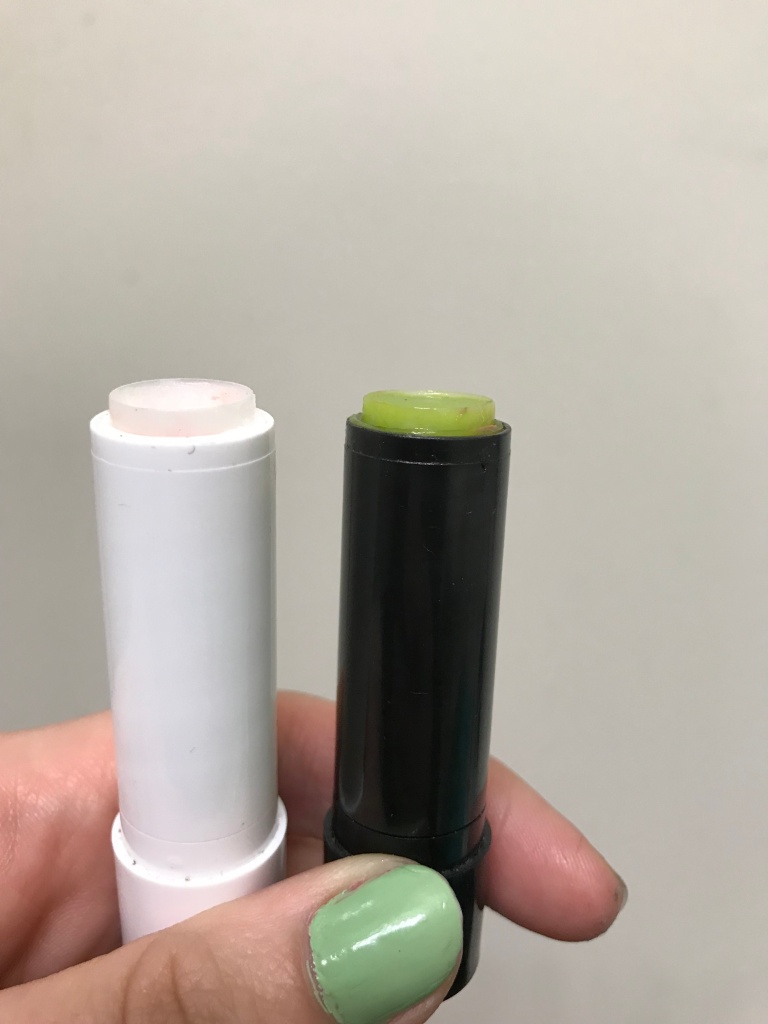 We are starting so strong, Fangirls! I finished both of my chapsticks now, and I’m incredibly proud. They both live in my empties bag now, and are being replaced by this lovely Julep tinted lip balm. It’s super hydrating with a “my lips but better” color, and I’m excited to be using this for the next couple of months. 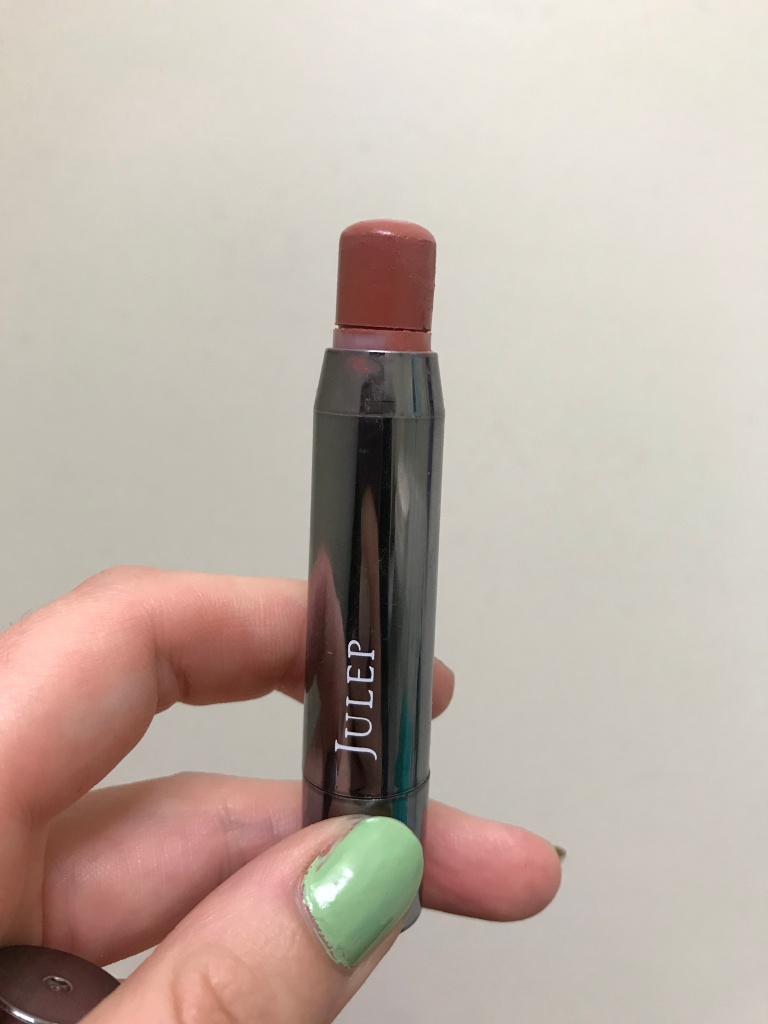 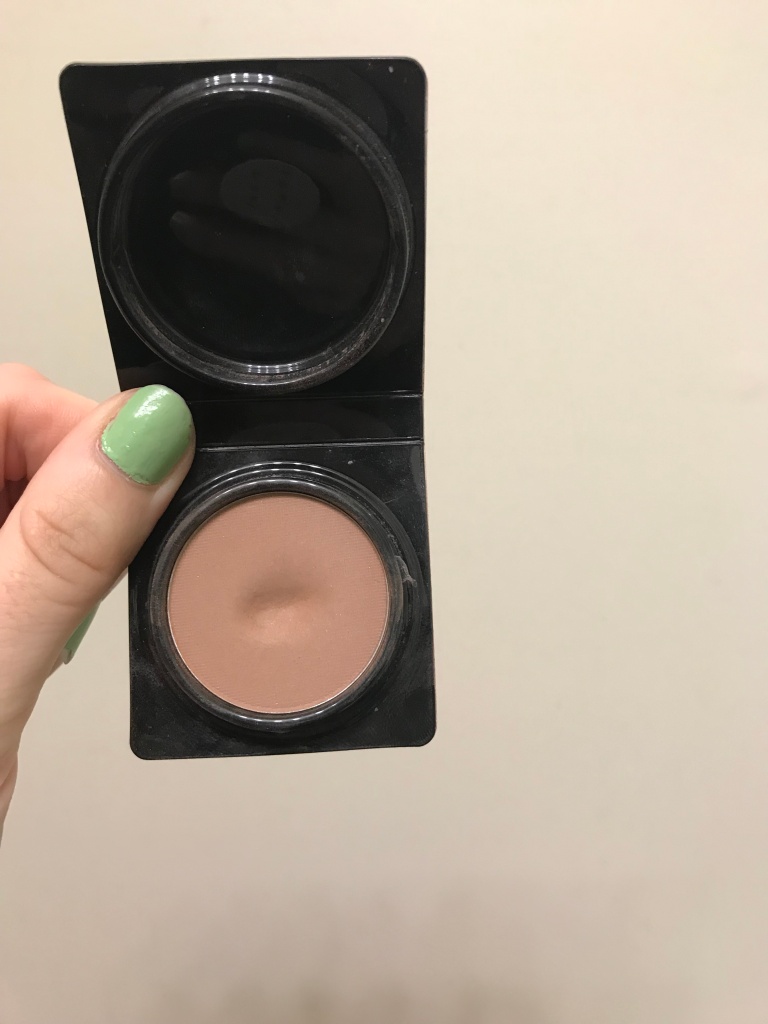 I know this dip is damn near impossible to see, but it’s there, I promise. I feel like I’ll be getting my first hint of pan any day now, and I can’t wait! I’ve been using this as brow powder, eyeshadow, and a little bit of it’s intended purpose; bronzer! I know it’ll probably take me all year, but I am determined to make my way through this product. 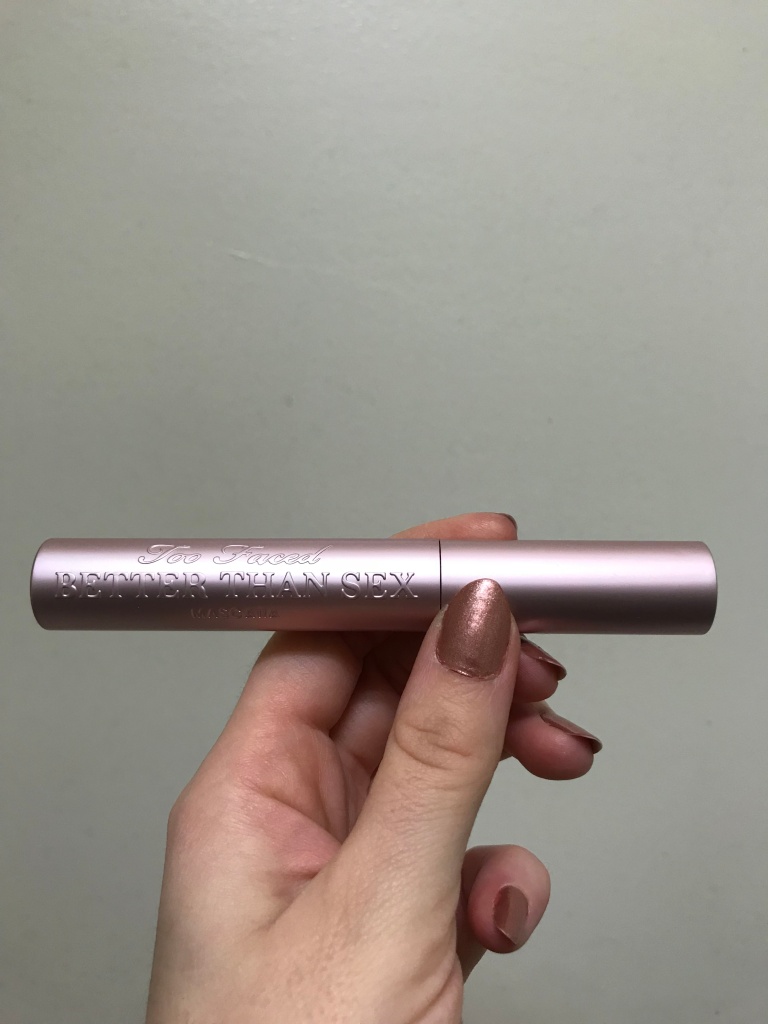 BTS is still kicking. I want to say it’s starting to feel lighter, but I think it’s all in my mind. If I don’t have it done by the end of June, I’ll be adding it to my empties. It will be far past it’s “use by” date then, and I have more than enough mascara to be okay. 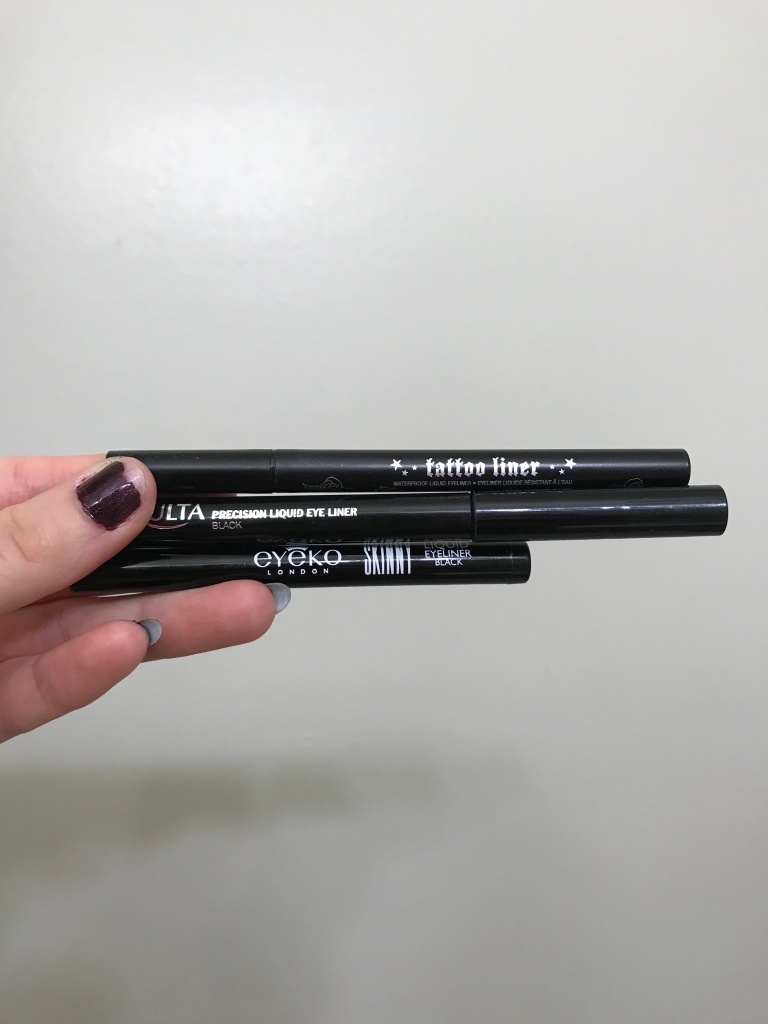 Same goes for the Eyeko liner. I’ve been having to line my lids twice (most of the time) now, and that makes me think I’m getting close to the end of it. Once I finish this, I’ll be jumping right into the Kat Von D liner, and after that, the Ulta. 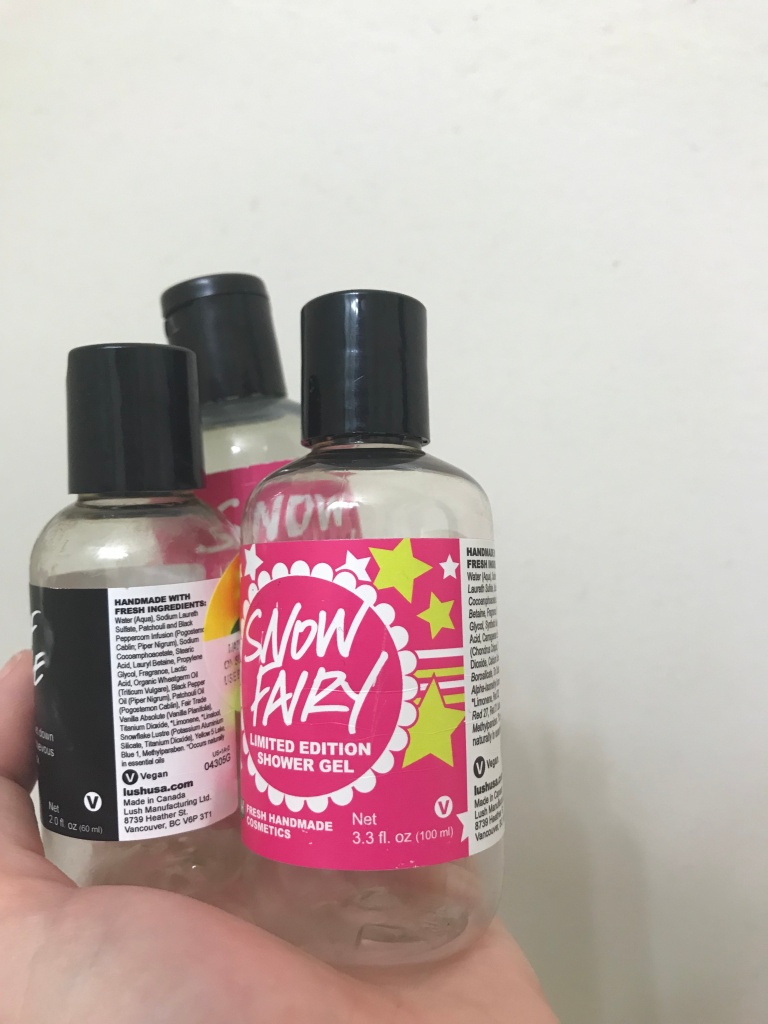 Another one bites the dust! I’m done with the first three Lush body washes I added to my pan, and am on to my next three! This time it’s Bubbly and Lord of Misrule, which are some of the best scents. I’ll have no issue getting through these, especially since the old Lord of Misrule formula is very thin. 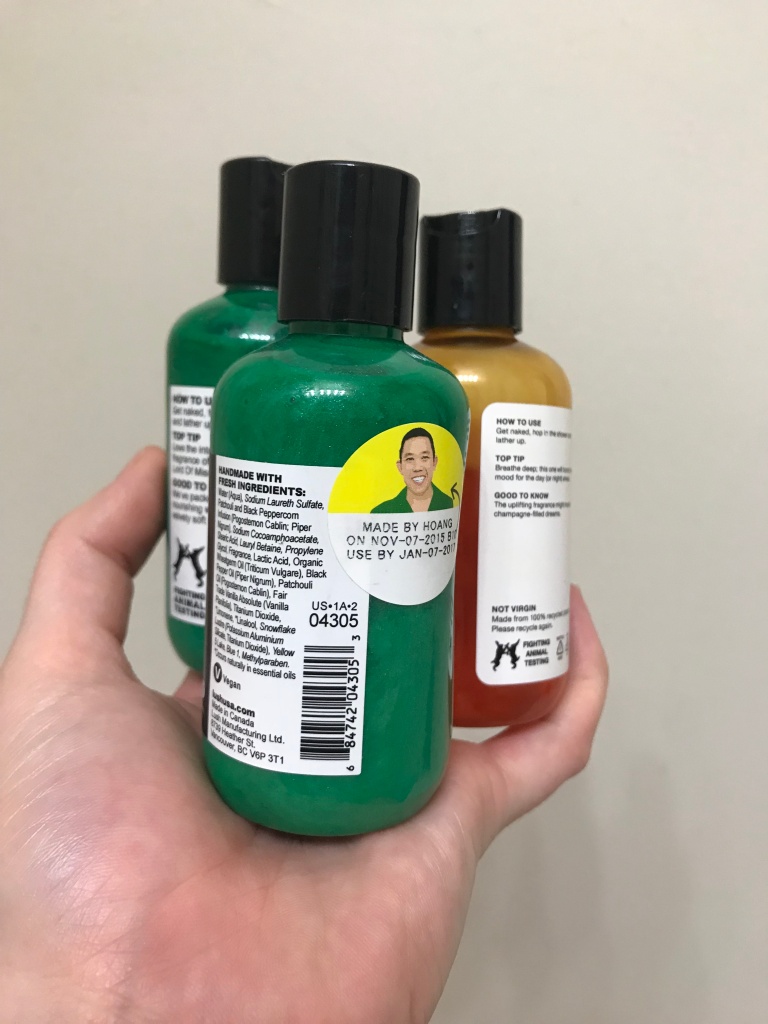 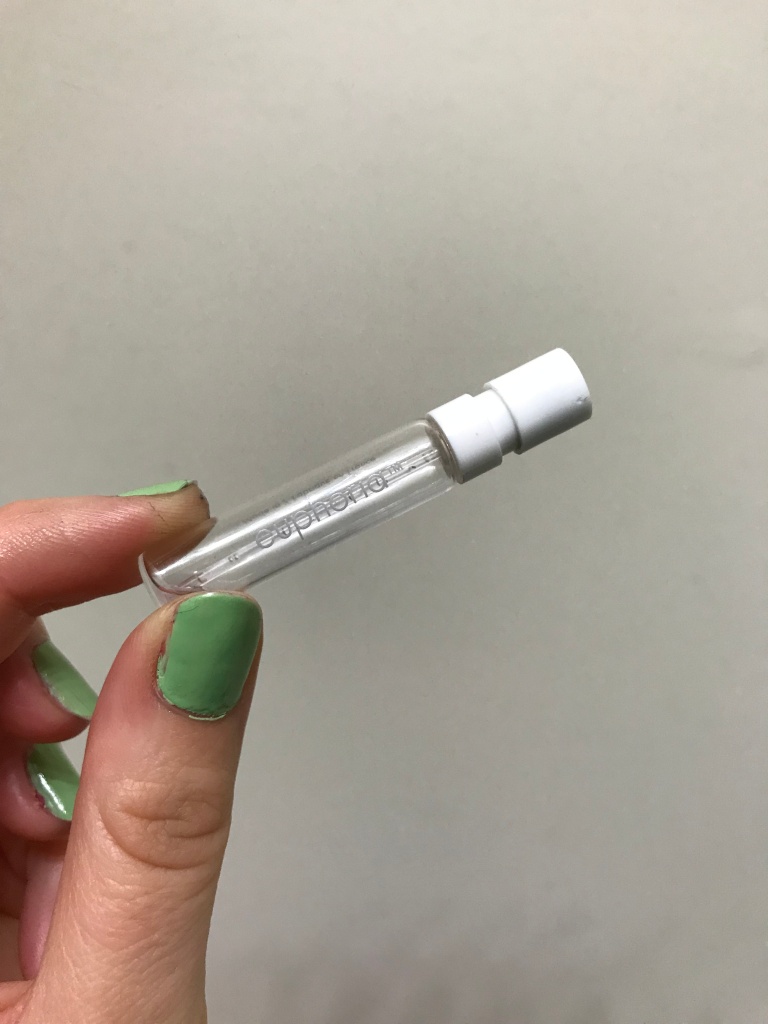 Euphoria is gone, as well. I’m actually kind of bummed about this, as I really enjoyed this perfume. I wasn’t too sure about it at first, but it grew on me, and maybe someday I’ll shell out the $50ish it costs for the full size. But until then, I’m rolling in my eyebrow pencil sample from Lord & Berry. I am super into this brow pencil, and loving it more than I expected to. 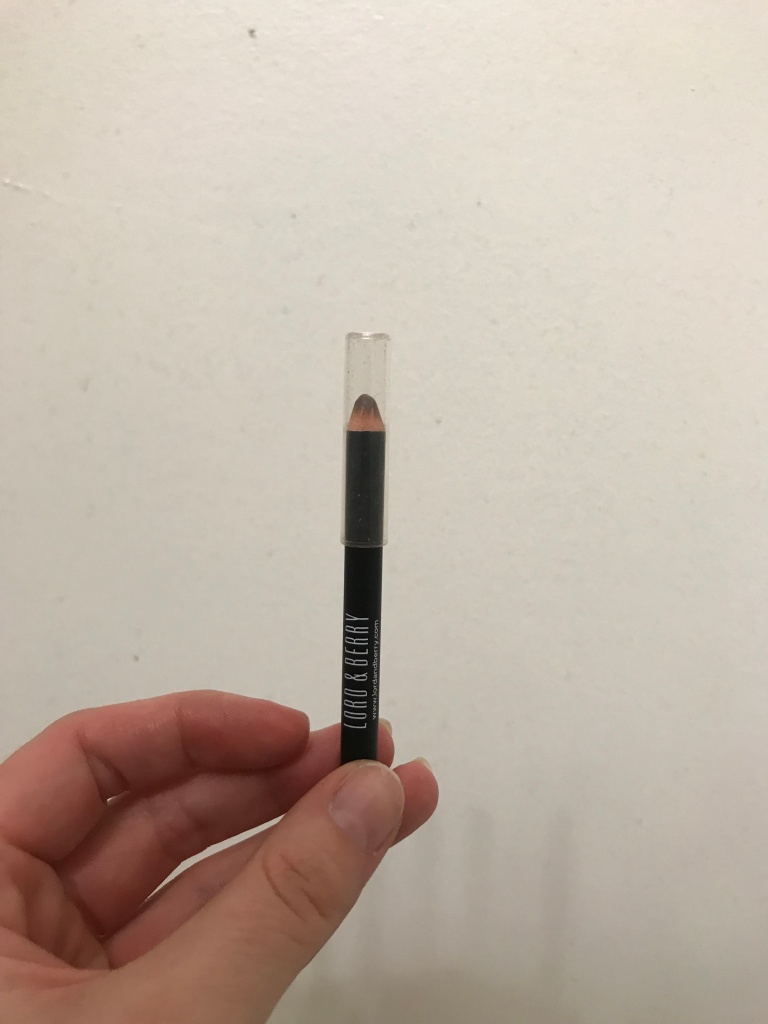 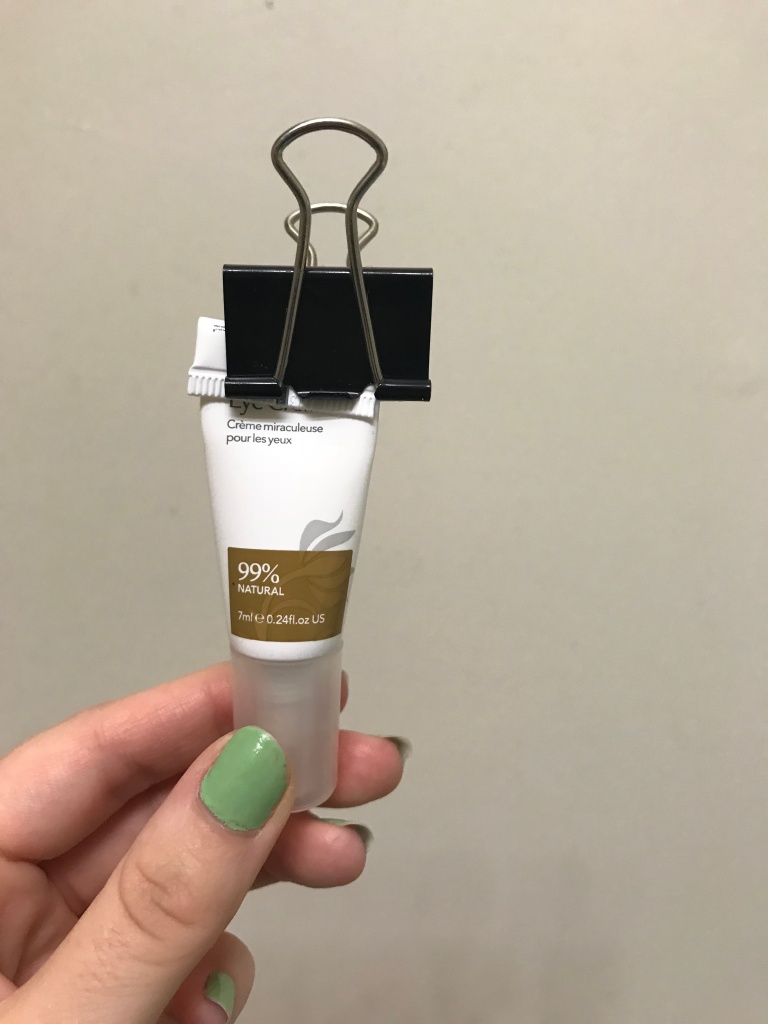 Though I’ve been using it almost every day, this Wonder Cream isn’t going anywhere. Want to know why? It’s because it takes the smallest amount to hydrate your eyes. I’m still liking it, but I can only comfortably use it at night. 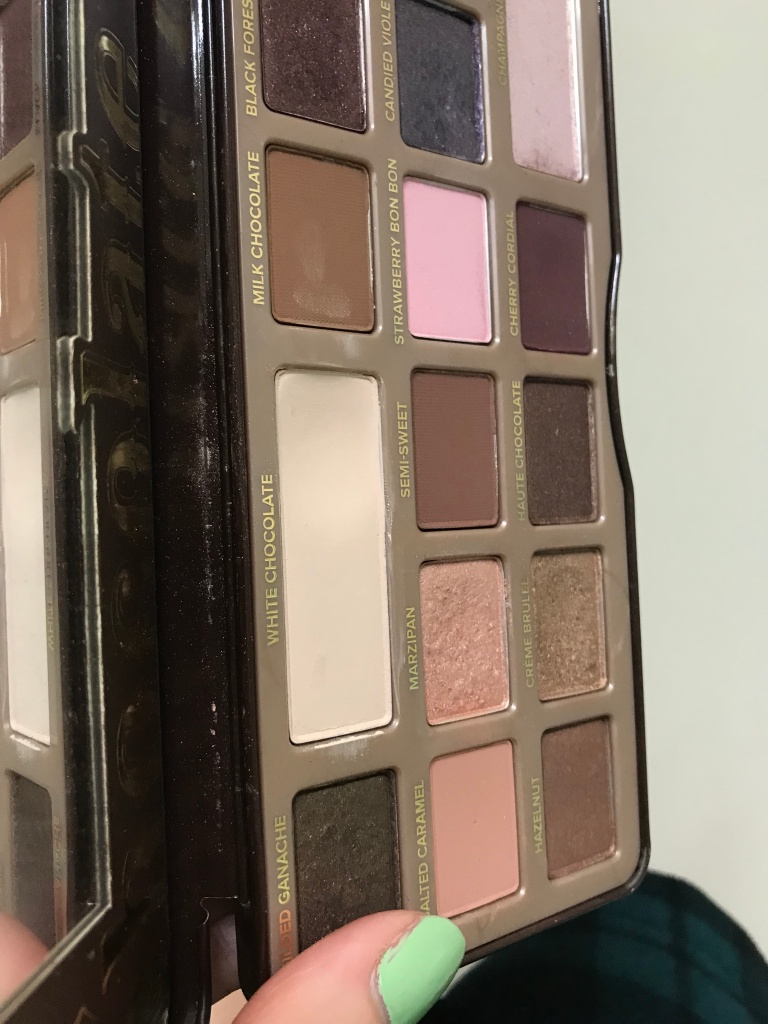 Another dip that’s practically impossible to see, but I promise it’s there! I really think I’ll be hitting pan on White Chocolate any day now, and I can’t wait for that time to come. I use this every day as my eyeshadow base, and the dip is sizable. I feel it will be easier to work through once I can see pan. 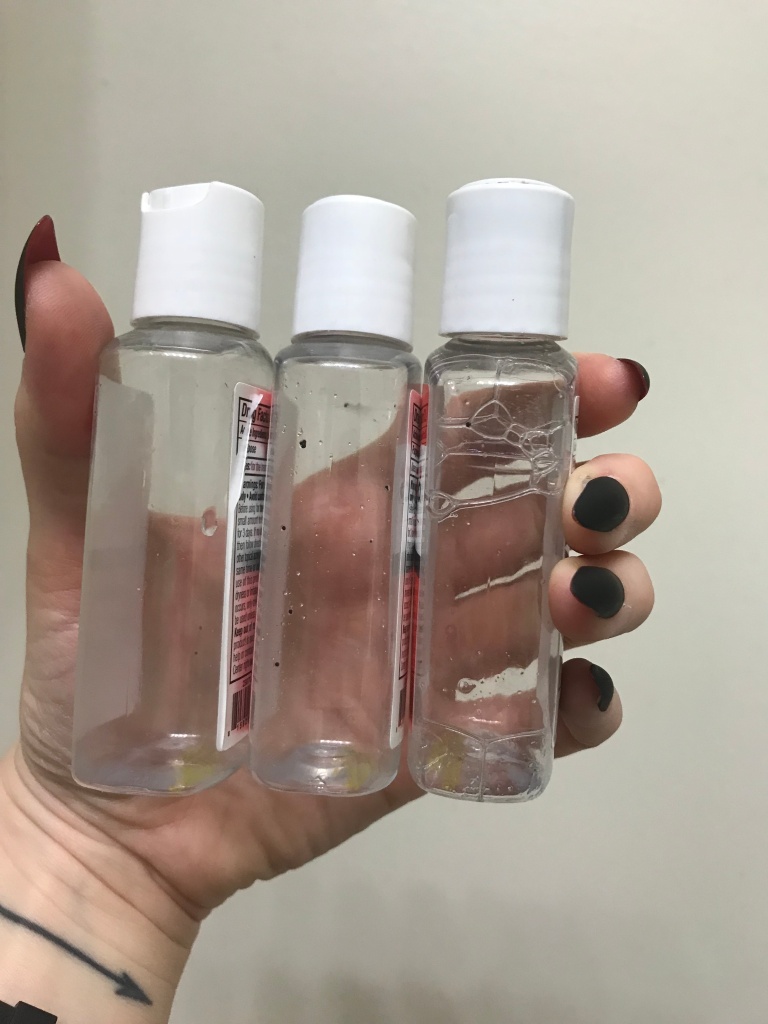 Goodbye to the terrible Yes to Tomatoes face wash, and hello Acure! This exfoliating wash is incredible. I can only use it a couple times a week because it’s so strong, but man am I in love with it. I’m not sure if I prefer this to the Vasanti I used before, but I do like both of them. 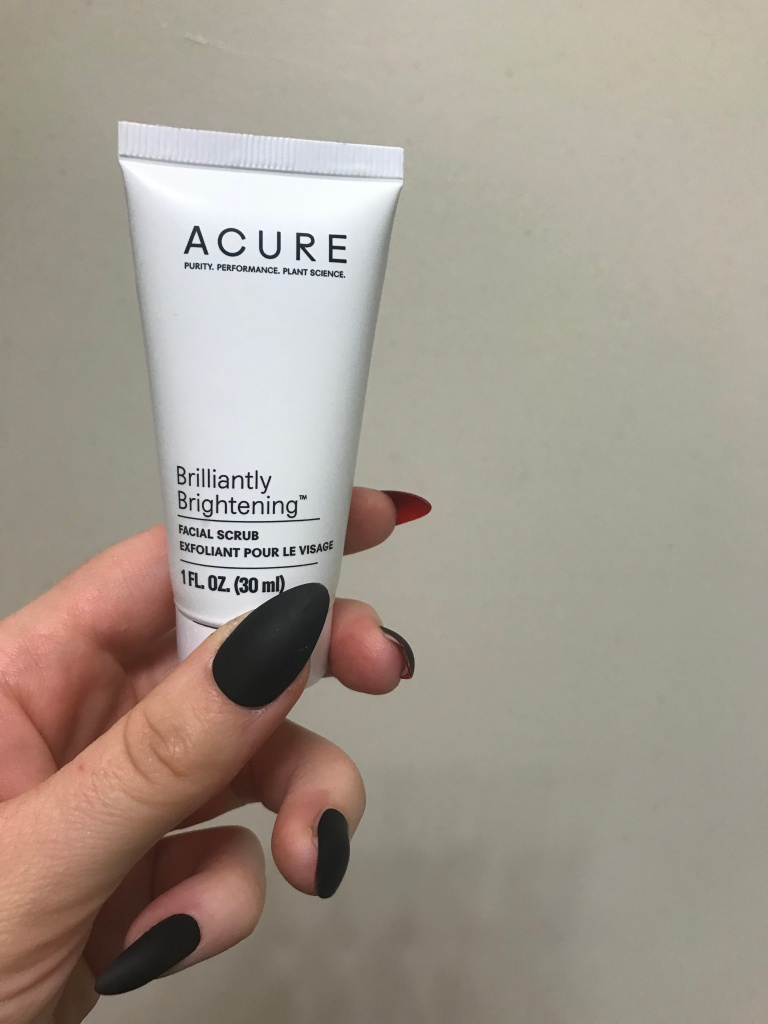 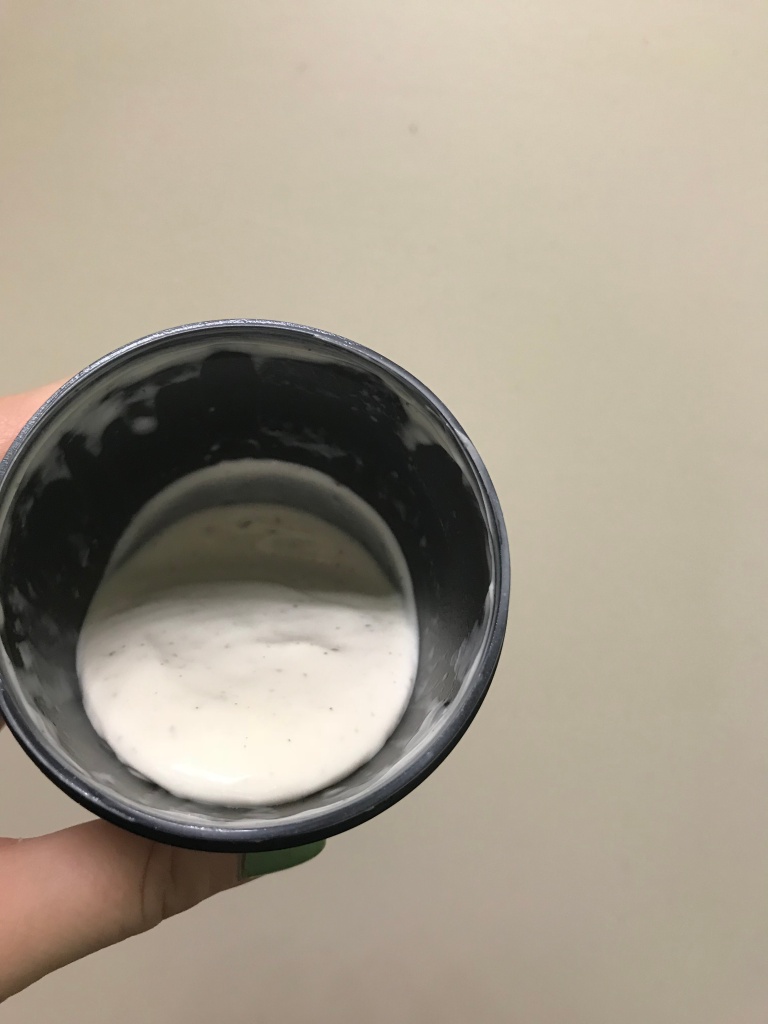 I’m making some pretty significant progress with my Sympathy for the Skin lotion from Lush. I know a good part of that is because I bring a small pot of it everywhere I go, and another part is bringing it on vacation with me last week. It’s still fantastic, but I hope to be done with it before the heat gets too intense, as I can sometimes feel a bit greasy after using it. 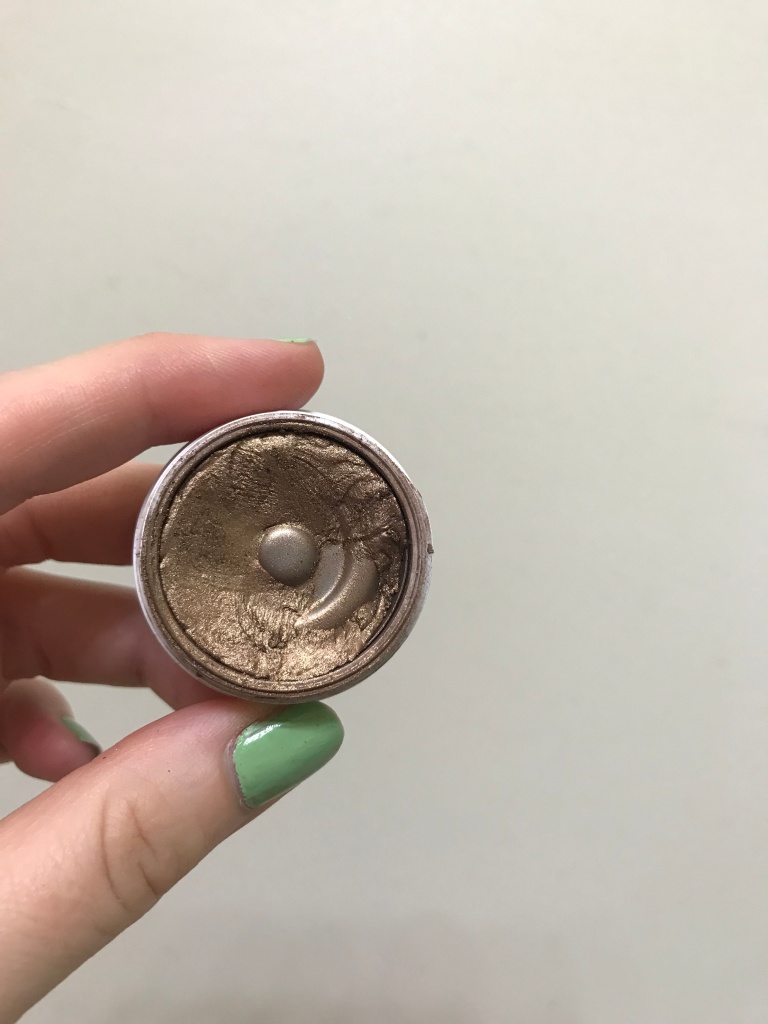 I almost have a line half way through this ColourPop shadow, and I’m really excited about that. I feel like I’m making great progress on this, even though it moves like crazy. I think I’ll be able to finish this by the end of June, the rate I’m moving through it. 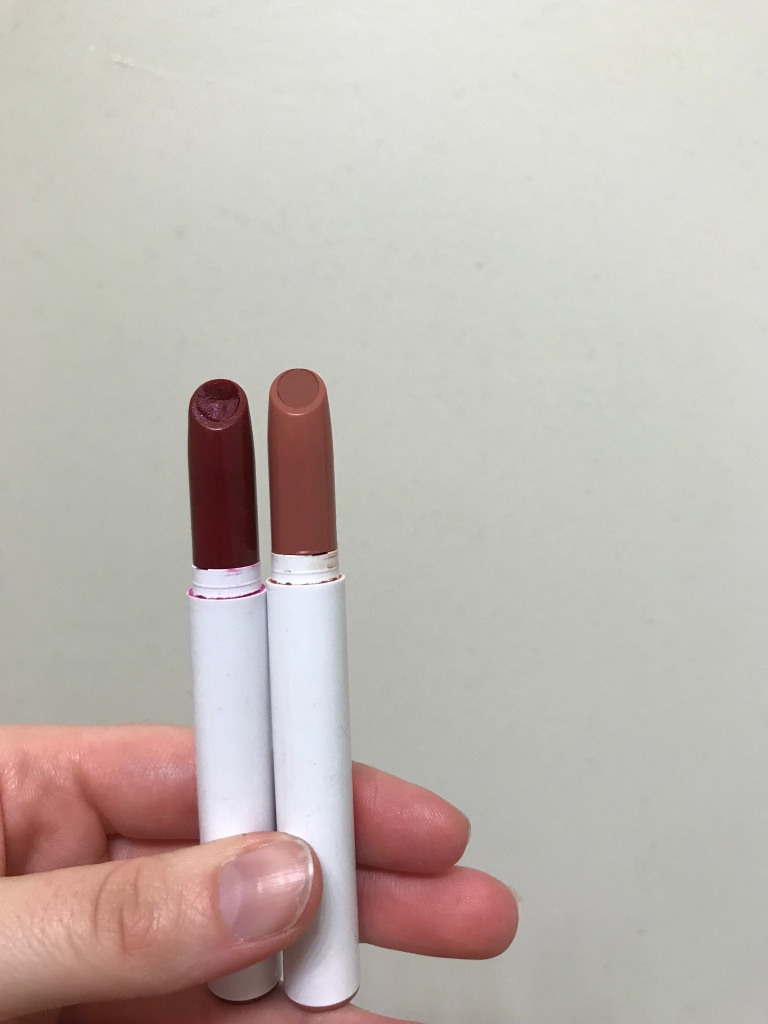 Both of my ColourPop lippie sticks are gone! Half of me is really excited, because progress, but the other half knows that the red color broke on me about a week in, and that was lame. I used the rest that I could, but I think it was fragile due to it’s age, and I’m not going to worry about it too much. I have two other lippie sticks that I’m rolling in to replace these! I’m trying to stick with useable colors, and I think I’ll be working through these more slowly, as my lip balm is tinted now. 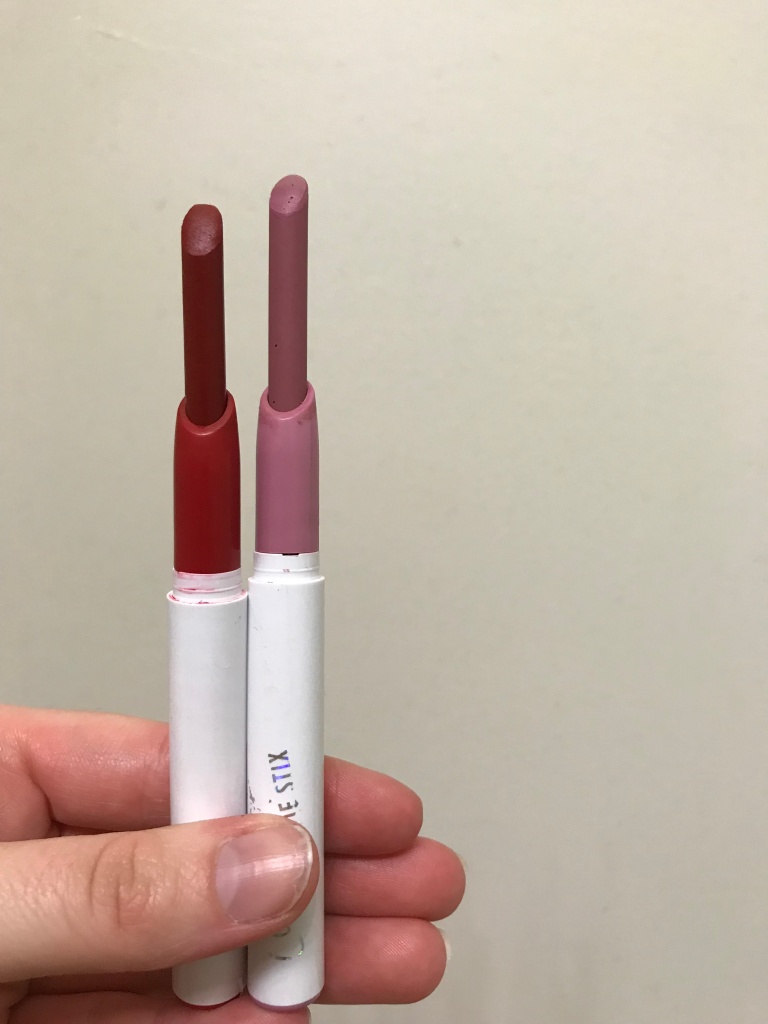 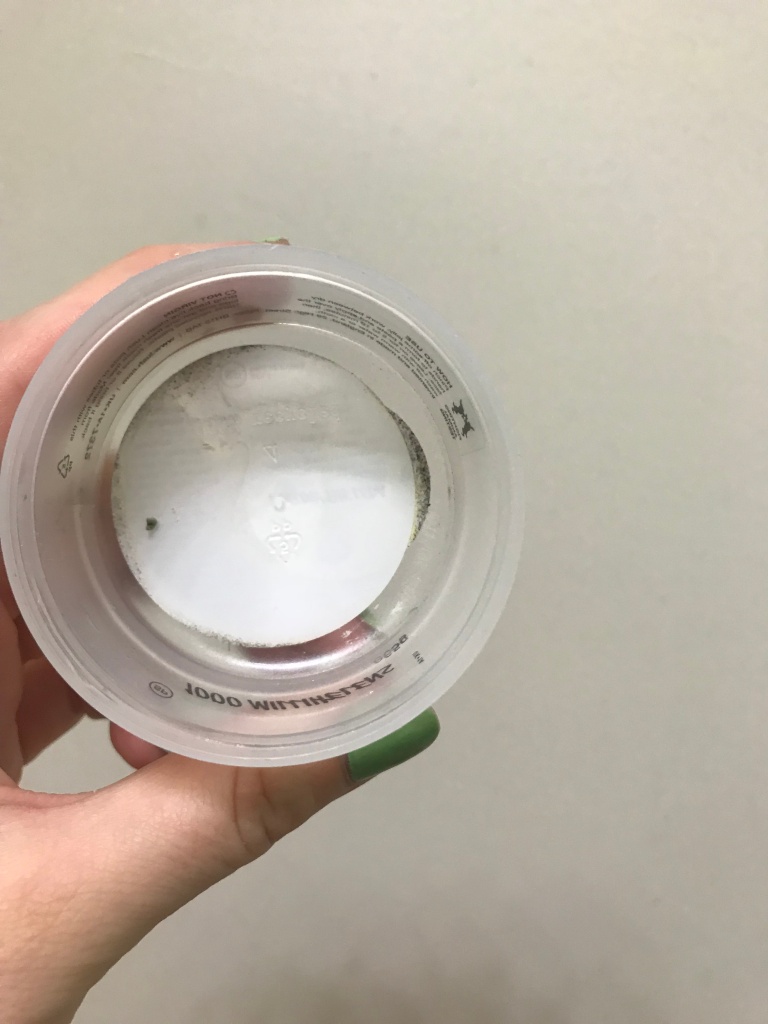 We made it, y’all. I got through this face mask, and a big part of that is thanks to vacation. Sure, it means I didn’t make as much progress on my other mask, but I’m glad that this bad boy is out of my collection. Next, I’ll be rolling in my sheet masks (as a set), and I’m really excited. I know it’s a bit silly to have two different masks in the project at the same time, but that clearly isn’t stopping me. I have a ton of sheet masks, and I love them, but I need to get on with it already! I use these maybe once a week, so there will almost always be progress (plus you get to see a bit of what I’m working on for other articles)! 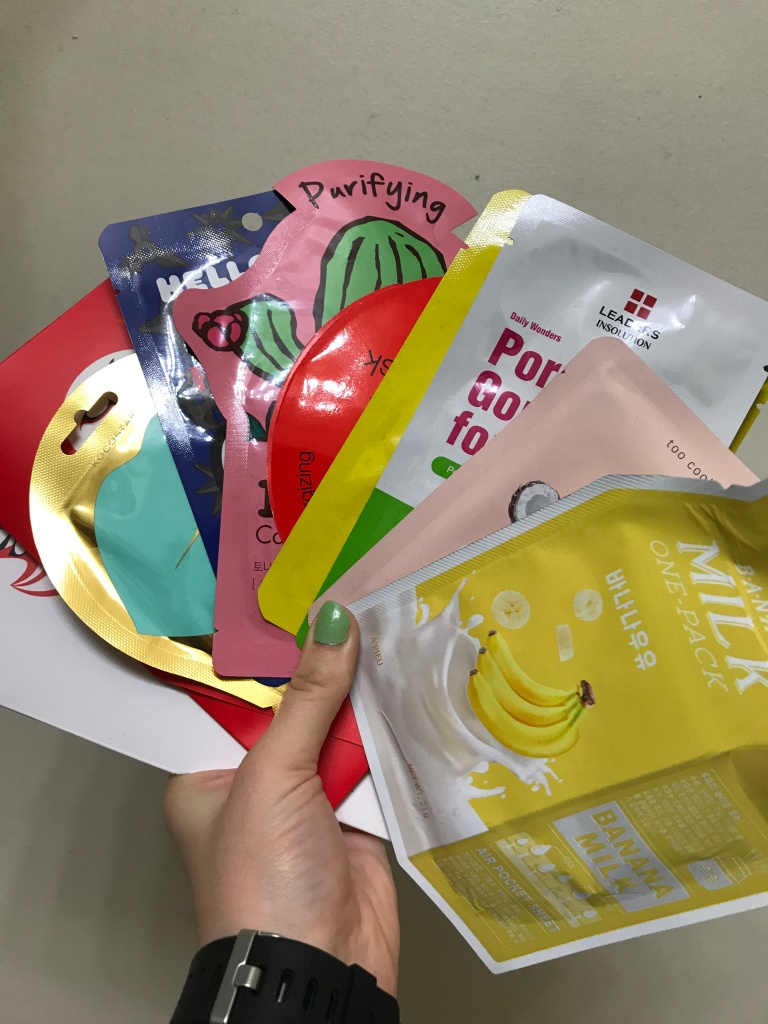 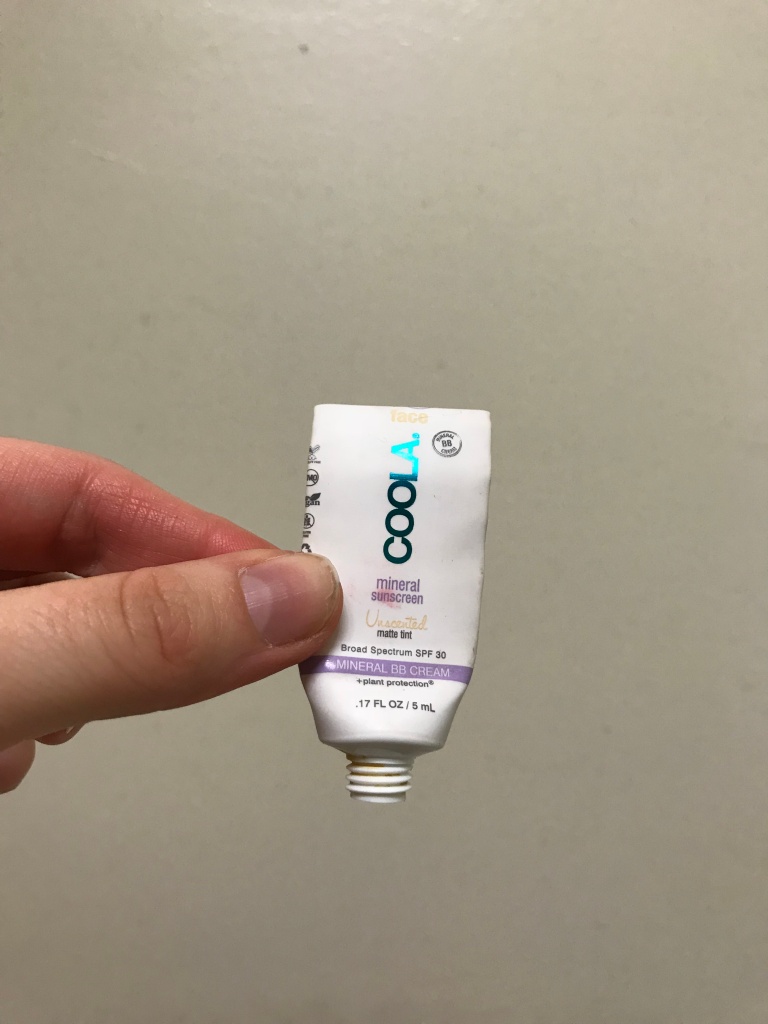 Coola is gone as well! I didn’t have much of this itty bitty sample left when I rolled it in, but I wanted to make sure that I forced myself to not waste it. So, I finished it, and rolled in the MAC Strobe Cream. I’m a far bigger fan of the MAC, because it doesn’t leave my face feeling as greasy as the Coola did, and it gives me a bit of a glow. 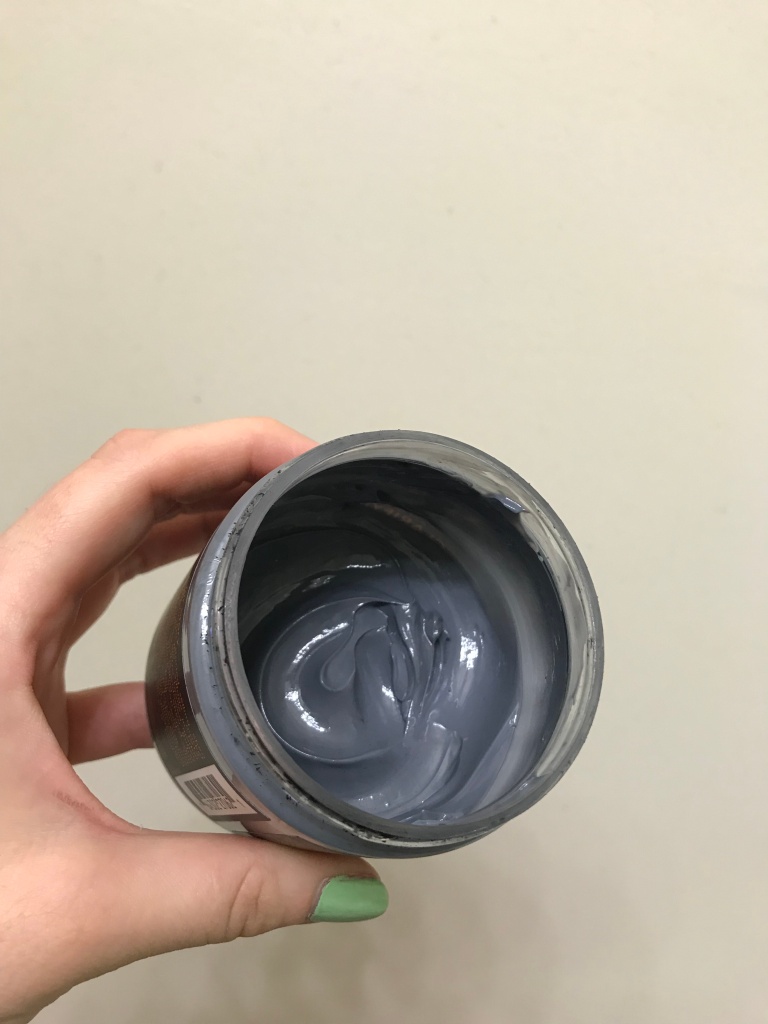 This black soap mask is tough. I swear I’ve used it a couple times, but it’s hard to always make sure I’m using both masks equally, especially when one is so much closer to being done than the other. I have been working on it, and now that I have only sheet masks to contend with it, I should be using it up a bit more quickly. 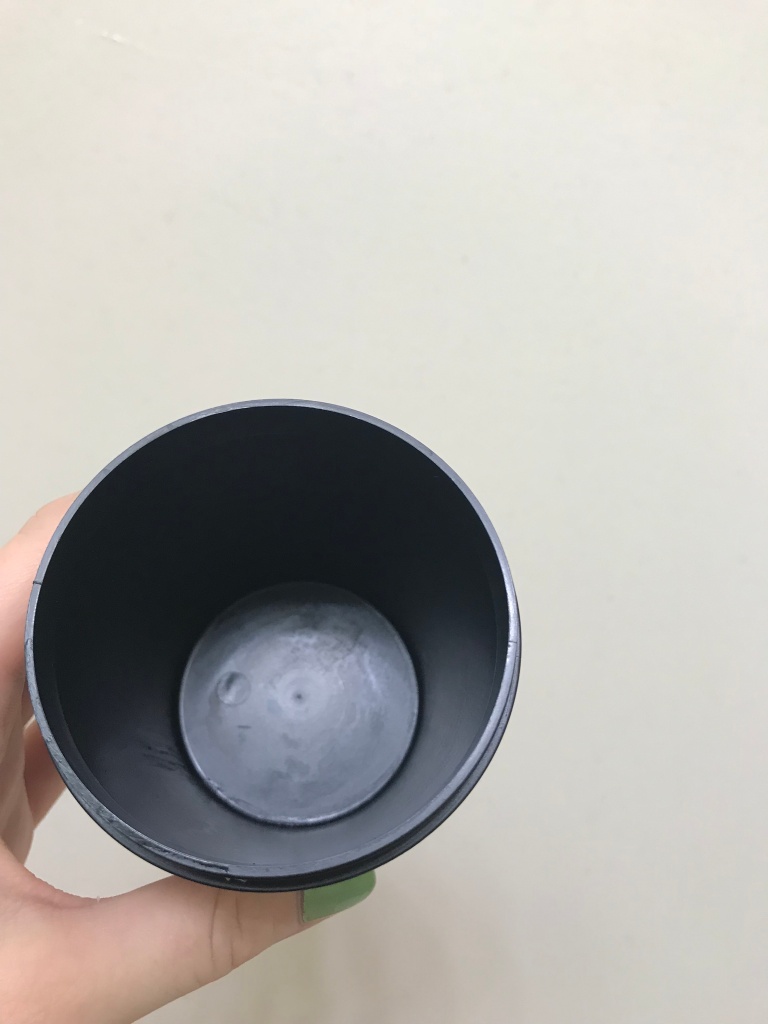 Curly Wurly is gone! I finished this up yesterday, and felt so dang good in doing so! While I have another shampoo that I’m using, I’m not rolling that in. Instead, I’m rolling in this beautiful nude nail polish from Zoya. I do my nails constantly, but almost never use nude polish. Nude polish looks so good and put together, though! So I’m encouraging myself to use this fancy nail polish before it gets all weird. 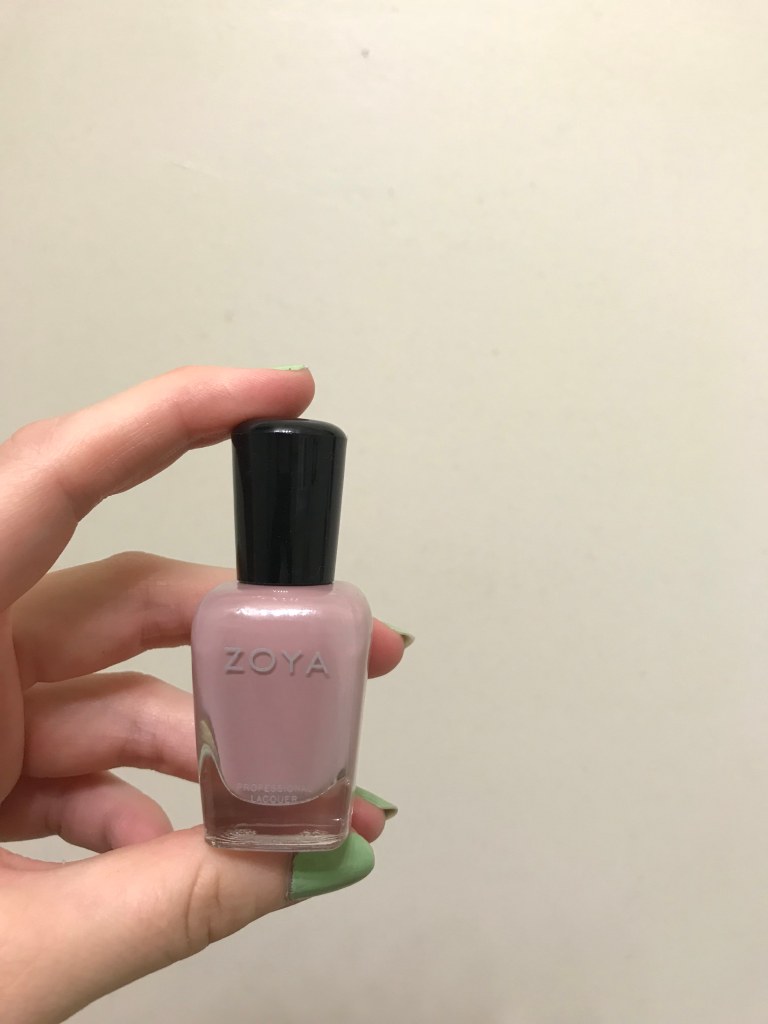 Friends, I’m crazy proud of myself. I’ve been working so hard to make sure I focus on products in this Project, and not messing with stuff outside of it (for the most part). I didn’t bring everything on vacation, which pushed me back a little, but I still made crazy amounts of progress these past couple of weeks. I hope all of your Projects are going well, and if you’re on a low- or no- buy, I hope that’s going well too. I haven’t bought any cosmetics lately, and I’m damn proud of that. Keep up the hard work, Fangirls, and may your brushes always find pan!

All images and logos depicted are copyright of their respective owners.