As I’m sure many of you do, I tend to struggle to decide what to watch on Netflix. We have a couple things that we watch every night after work; we catch up on Game Grumps, Pet Collective, and Fail Videos on YouTube, and on Monday’s we watch Bob’s Burgers on Hulu. But the other day, we saw an advertisement for Aggretsuko, and I fell in love immediately. 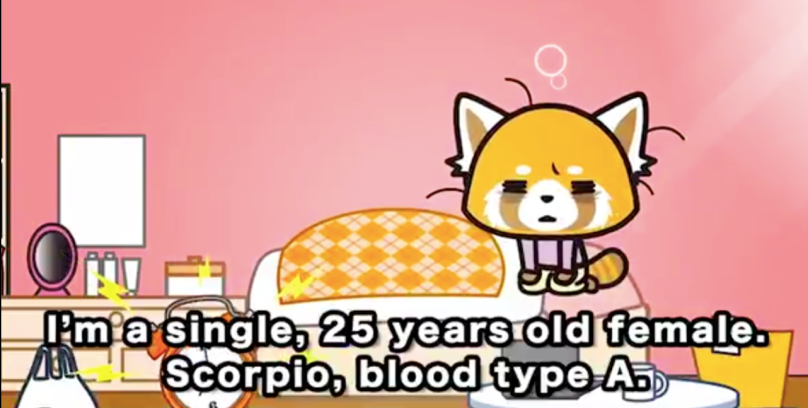 Aggretsuko is a show put out by Sanrio about Retsuko, a red panda lady who works in the accounting department of an office. She’s always super busy and stressed, and the way that she unwinds is by going to a karaoke room, and makes up songs about her idiot boss or how dumb her job is. But they aren’t calm songs, they’re aggressive, metal songs.

There is just one season of Aggretsuko on Netflix, but it’s very easy to binge. It’s only 10 episodes that are less than 20 minutes each. I really enjoyed watching it, and I’m hopeful that we’ll get another season relatively soon.

So next time you’re endlessly scrolling through Netflix, wondering what the heck you can watch, check out Aggretsuko. It does have some curse words, so it made not be for the littlest ones. But it’s a helluva good time!