So this week I decided to talk about anime’s I love just because they are super kawaii (cute)! I love me some cute anime! If it has school girls in uniforms and doing silly cute things, I’m in! I really like this stuff and the more serious stuff too so here is my Super Kawaii List of Anime’s! Some of these may also be a bit disturbing but still cute.

END_OF_DOCUMENT_TOKEN_TO_BE_REPLACED

So this week a lot of awesome stuff is coming out and you should head down to your local comic shop and pick these hot books up! Sorry this is so late at night also… hopefully folks shall see this in the A.M. END_OF_DOCUMENT_TOKEN_TO_BE_REPLACED

It’s Tuesday, you know what that means!? Anime Tuesdays! This week I’d like to take some time and talk about some Anime movies that make me giddy like a school girl. Some movies are stranger than others but that happens when you watch a lot of anime. So here goes.

END_OF_DOCUMENT_TOKEN_TO_BE_REPLACED 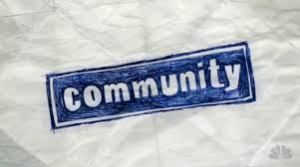 So Community is back and I am so happy! I love this show! I watched both of the new episodes and I must say I am extremely happy with what they did and how they handled the Chevy Chase leaving the show thing. This is going to be a great season! The first episode was a bit of a wow I can’t believe this is going on. But then after easing into it I feel like what I have been waiting for has finally happened. This show has gotten better! It had some references to the past season but with the first episode titled Repilot it lives up to the name. This is a fresh year for everyone and some fresh new faces and some familiar ones brighten up your day with odd antics and zany one liners.

END_OF_DOCUMENT_TOKEN_TO_BE_REPLACED

So this weeks preview is for Saga! It’s the only book I got to actually read the entirety of this week thanks to some issues. That being said here is my review of Saga this week.

END_OF_DOCUMENT_TOKEN_TO_BE_REPLACED

This is Comic Shop Girl writing to you today about none other than the greatest female hero to come out of Japan! Sailor Moon! I love Sailor Moon it’s one of the first Anime’s I’ve ever seen and I fell in love with it. Being it’s 20th aniversery year and all I figured I’d write about it. It definitely got me into a lot of strange things and Manga was one of them. I never knew there was such a thing until a friend lent me the first issue of Sailor Moon. At that point I had already seen the show but it had been a few years since I had first seen it and now that I could read it my 14 year old self didn’t know how to handle all that info so I want hog wild crazy and submerged myself into Manga and Anime of all kinds. Little did I know this would send me on my path to one day work in a comic book shop. This was the Anime that started it all. With that said let’s talk about Sailor Moon.

It’s about a girl named Usagi (Bunny/Serina/Serenity) who one day finds a cat named Luna who has a crescent moon on her forehead. To Usagi’s surprise Luna can talk! Luna Explains that Usagi is the lost Princess of the Moon and she has been searching for her. Some vicious bad guys come around and she battles with them with the help and assistance of Luna who gave Usagi a wand to transform into Sailor Moon. Together they find more Sailor Scouts and encounter more bad guys and even an ally in a mysterious masked stranger named Tuxedo Mask who ends up being the long lost Prince and love of Usagi. There are a lot of different Sailor Scouts but the core group are Mercury, Jupiter, Mars, Venus, and of course the one named Sailor Moon. The other Senshi (another name the scouts are called) are Pluto, Neptune, Uranus, and Saturn. These are called the Outer Senshi and come in later in the series. There is also another cat with a crescent moon on his head named Artemis who belongs to Sailor Venus. Venus had been going by the name Codename Sailor V for a while before meeting up with Usagi and had been a celebrity also. Sailor Moon Has a very colorful and extensive cast and there are some extremely weird adventures.

The second season of Sailor Moon, as I like to call it the awful Flute Twin season is the one season that happens to not have a Manga to accompany it. The reason for this is because Naoko was still writing the Manga when she was approached with the idea of making it into a show so there for she had no second season to follow up the already so popular show. So now we have to endure this awful season to watch the show but once you are past that part the show gets much better.

So as the seasons go there are different subtitles to each one. The first is Sailor moon R, The there’s S, Super S, and Stars. The Stars season is one of the weirdest seasons even though in one of the seasons you meet Usagi’s future daughter who comes back in time. In Stars there is another suspected time traveler called Chibi-Chibi who is a small girl who can’t speak and has hearts as the buns on her head. Also in this season there are 3 Sailor Scouts that turn from men to women. This was changed in the American version as well as the Sailor Neptune and Sailor Uranus being Lesbians to being cousins. 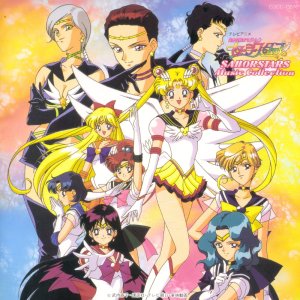 There has been talk of a new Anime Series that will revamp the characters and stick closer to the Manga that was due during the summer of 2013 but it has now been postponed. If this does happen I will be more excited than a pig in the mud. This would totally bring a new following to Sailor Moon and also cut that horrible second season out of the show completely!

All characters and images are copyright of the original owners.

So I asked the girls if I could do a Tuesday night review. This isn’t going to be a long post but it will be a glimpse of what’s to come. With that said, I only got to take a good look at 2 books today. Coffin Hill #3 and Alex and Ada #2. These will both be on the racks of your local comic provider tomorrow.

END_OF_DOCUMENT_TOKEN_TO_BE_REPLACED

My Tweets
Back to top
Fangirls Are We
Create a free website or blog at WordPress.com.