I am so so behind on my comic reading. I took a night a while back to start to catch up, and I discovered something: A-Force has ended. Yes, the last three issues we’ll be discussing here are the final three issues for my favorite team. And they take place during the current Civil War run.

END_OF_DOCUMENT_TOKEN_TO_BE_REPLACED

It’s time to return to my favorite team right now, the A-F0rce. Last time, Dazzler was killed and Singularity decided to fight AntiMatter on her own. Let’s not waste any time seeing how this turns out. 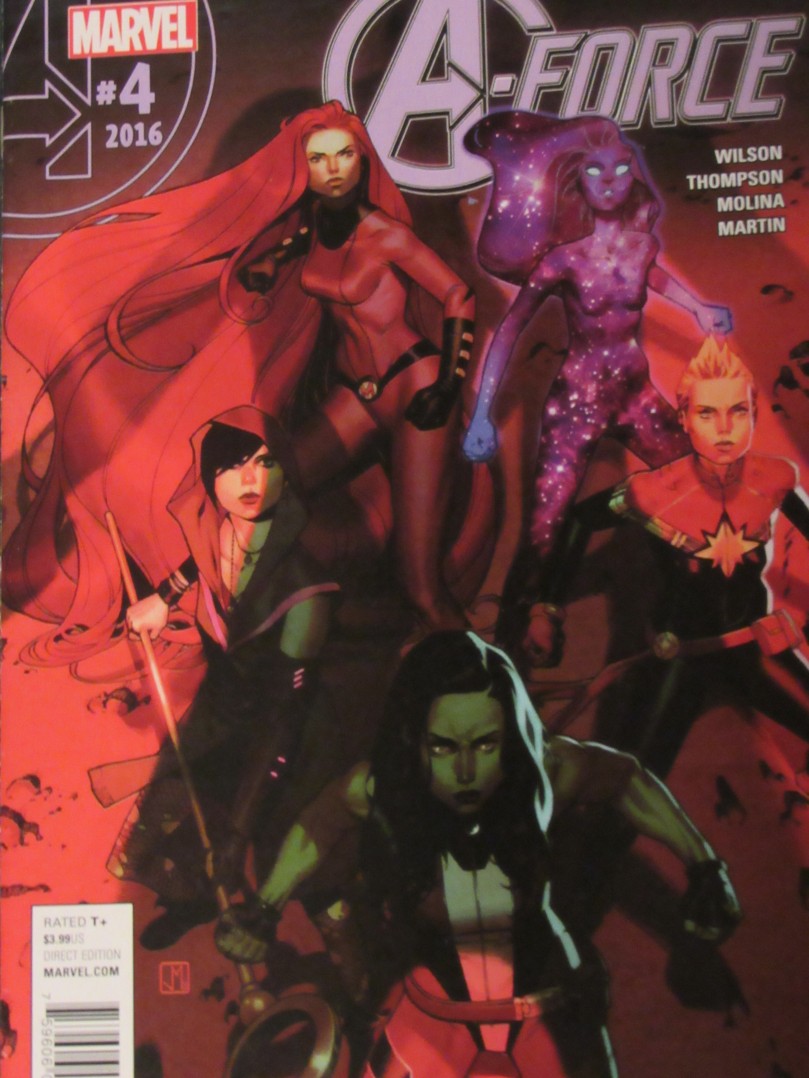 Dr. Bell, one of Captain Marvel’s team, has come up with a plan to stop AntiMatter. But it still means killing Singularity. She’s trying to figure out how not to kill her when they discover that Singularity has gone off to fight on her own. The team goes out to help her, and to kill AntiMatter.

They get the bomb inside of AntiMatter, but they hesitate, not wanting to kill Singularity. Amazingly, Dazzler arrives with the device meant to save Singularity. Dazzler protects Singularity as the team destroys AntiMatter. Everyone is safe and the enemy is gone. 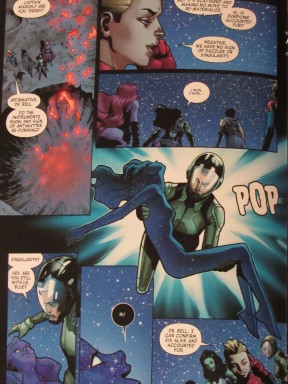 Dazzler has no idea how she was able to come back to life. And it isn’t the first time this has happened. She-Hulk knows Dazzler is about to cut herself off from the world again and offers her an alternative; stay with this group of women who know a thing or two about going through traumas like suddenly coming back to life.

Singularity and the team gather and wonder what will come next. Singularity reveals that they were once called the A-Force, and that even though AntiMatter is gone, other things have arrived. They agree that these new things must be checked out, and things return to normal for Singularity. She-Hulk and Medusa argue over who is in charge. The others just hang back and have their own conversations. Singularity takes them to thing she can sense is the strongest. Meanwhile, somewhere else, AntiMatter fragments possess humans. And that is the end of this issue.

The team is back together! And the story will continue. I’m so happy and I can’t wait for more!

Guess who is behind on Monday Comics? If you guessed me, the girl whose wifi isn’t working properly and is super tired at 5am, then you guessed correctly. Monday’s are always tough, because I’ve taken over for an early morning person at work, and Mondays are the earliest of days. I’m not super into leaving my house at 6:45am, but I am all about getting done by 4pm. Sadly, the early mornings have put me way behind with writing, and I’m sorry about that. But I’m going to do my best to get back on top of that.

END_OF_DOCUMENT_TOKEN_TO_BE_REPLACED

Fangirls, it’s that time where we get to talk about the cutest comic I read; Lumberjanes! Last time, when we left off, Seafarin’ Karen’s boat was destroyed, with the selkies, Karen, and half of Roanoke Cabjn stranded in the water. Luckily, Lumberjanes are there for each other. 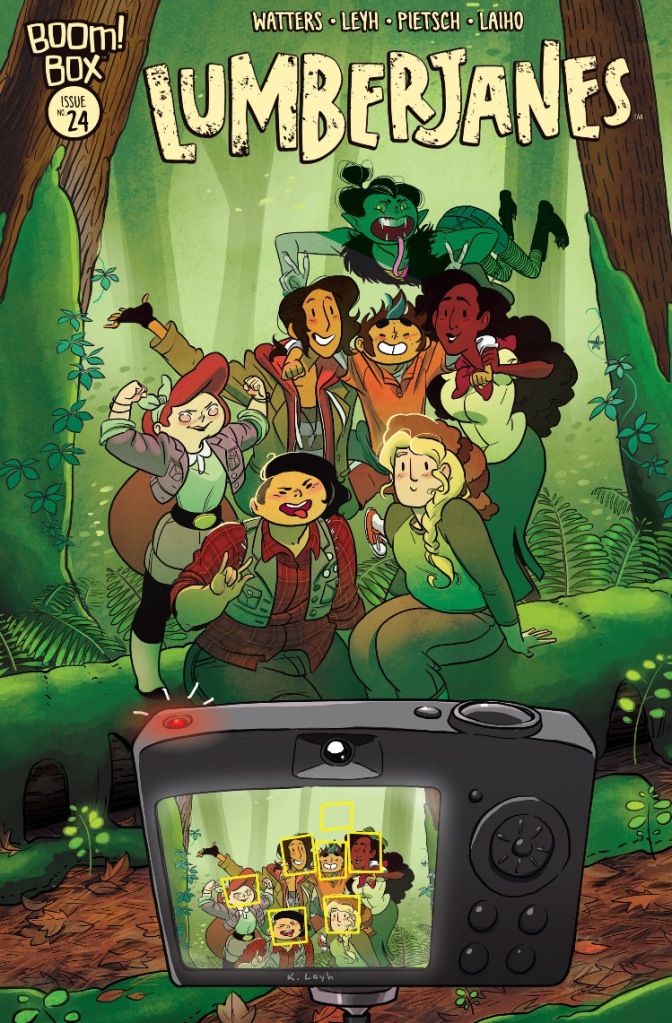 END_OF_DOCUMENT_TOKEN_TO_BE_REPLACED

This issue of Black Canary takes place much earlier in their career, and is a welcome break from all of the crazy going on in the series. It takes place at an unpublicized birthday party gig, for one very special little girl.

END_OF_DOCUMENT_TOKEN_TO_BE_REPLACED

With a terrible storm coming through, and our favorite cabin full of Lumberjanes scattered, what is happening in this issue? Fangirls, it’s getting wild in the Lumberjane universe, and there’s so much happening I can’t handle it. 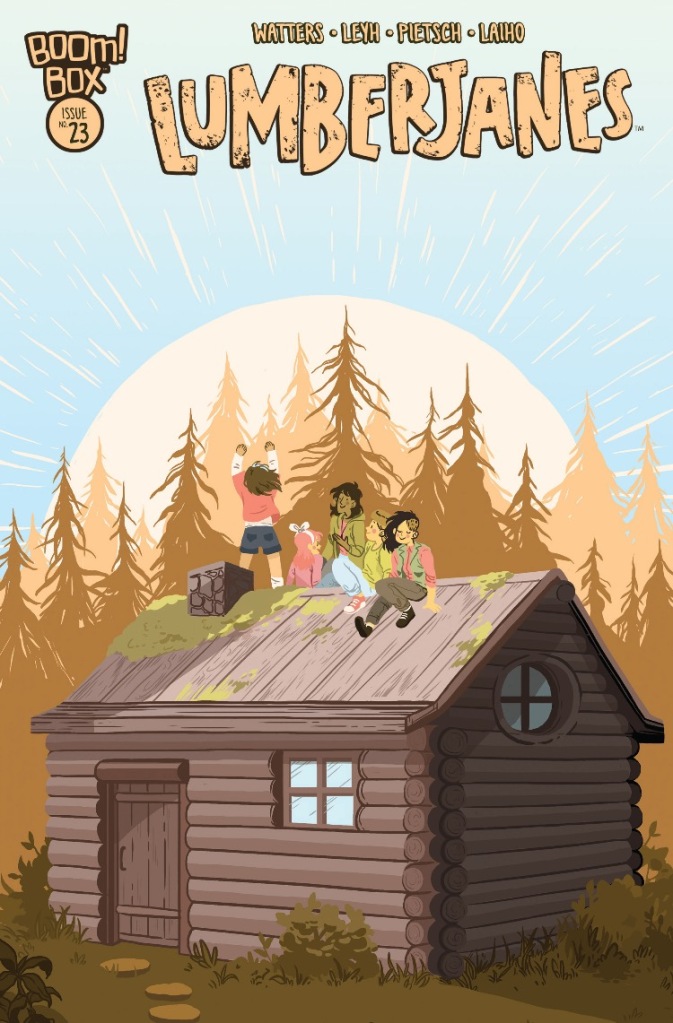 END_OF_DOCUMENT_TOKEN_TO_BE_REPLACED

Fangirls I’ve been behind on Just about everything recently, but I’m working to turn that around. It’s definitely tough to get back on track, but I’m getting there. Issue 47 of Batgirl is a bit of a doozy, so let’s hop right to it.

END_OF_DOCUMENT_TOKEN_TO_BE_REPLACED

My Tweets
Back to top
Fangirls Are We
Create a free website or blog at WordPress.com.